NEWS ARTICLE TAKEN FROM ESSEX LIVE WEBSITE – A children’s author and self described failed script writer for TV comedian Russ Abbott has been named as a new deputy Lord Lieutenant for Essex. Dave Dennison, who is also chairman of the Pride of Essex Awards, has been honoured by Her Majesty’s Lord Lieutenant of Essex, Lord Petre, along with two other new deputy lieutenants of the county. It means he is on hand to represent the Queen in any formal events that Lord Petre himself cannot undertake himself. He said: “I was quite shocked and delighted to learn that I had been offered the chance to be a deputy of Lord Petre – which means I carry letters after my name, for instance. “Mr Dennison – along with fellow new lieutenants Rosemary Padfield and Gerald Thompson – will be in post for the next five years and which could take him across the county meeting royal guests to attending citizenship events. He added: “I could be asked to do everything and anything. It’s like being asked what the Lord Lieutenant does – and he does lots. “Every year he attends the Pride of Essex awards in his full regalia, which everyone appreciates. “In any situation where he is unable or can’t be in two places at once he could ask one of us deputise. “it maybe meeting royalty but he also attends citizenship events. It can be everything.” Mr Dennison is no stranger to worthwhile causes supporting many charities himself mainly through after dinner speaking, where he is usually billed as past vice president of Tottenham Hotspur FC and Russ Abbott’s failed script writer. He is the author of A Gift for an Idiot and A Gift from an Idiot, and uses the pseudonym Ferdie Yeatsy for his illustrated children books Clip Cheesecake and the Majellic Mixer and Clip Cheesecake meets Beanie. All proceeds from them go to charity. In the entertainment business his work has been as diverse as writing lyrics for Chas and Dave, to writing a full musical The last Serenade, the stage biography of tenor and film star Mario Lanza. The managing director of Cold Norton-based Directa UK Ltd, who lives in Howe Green, has had his company as a main sponsor of the Pride of Essex awards for the past eight years. The awards, which Mr Dennison took over as chairman of the Pride of Essex Awards in 2012, champions achievement over adversity. “Pride of Essex is doing pretty well for nominations this year but we would like more,” he said. The awards historically have been in four categories, child of courage; community champion; unsung hero; and ultimate winner. This year, a new category has been announced, inspirational youth, open to Essex residents between the ages 16 to 30 who have inspired others in the community through their achievements over adversity. The cut-off date for nominations for the this year’s Pride of Essex awards is October 31. The presentation night is to be held at the Anglia Ruskin University Chelmsford on November 22. Winners and those highly commended will receive cash prizes as well as trophies. 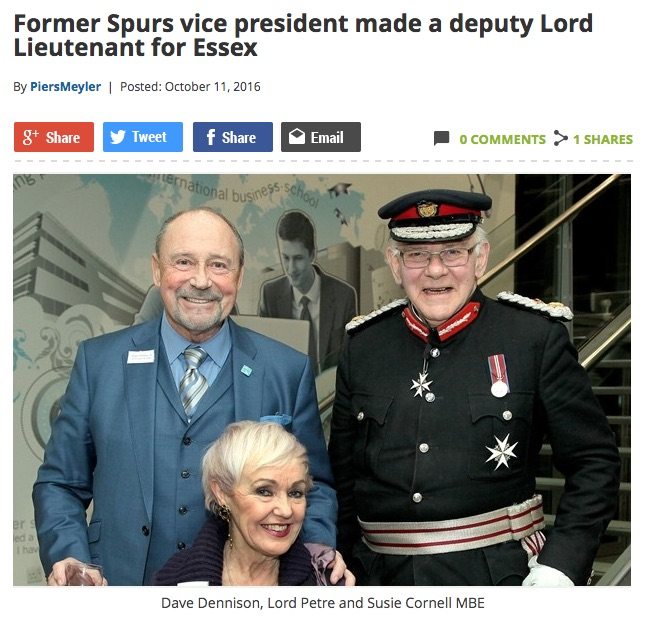 About the Author: admin

You can find out more about which cookies we are using or switch them off in settings.

This website uses cookies so that we can provide you with the best user experience possible. Cookie information is stored in your browser and performs functions such as recognising you when you return to our website and helping our team to understand which sections of the website you find most interesting and useful.

Strictly Necessary Cookie should be enabled at all times so that we can save your preferences for cookie settings.

If you disable this cookie, we will not be able to save your preferences. This means that every time you visit this website you will need to enable or disable cookies again.